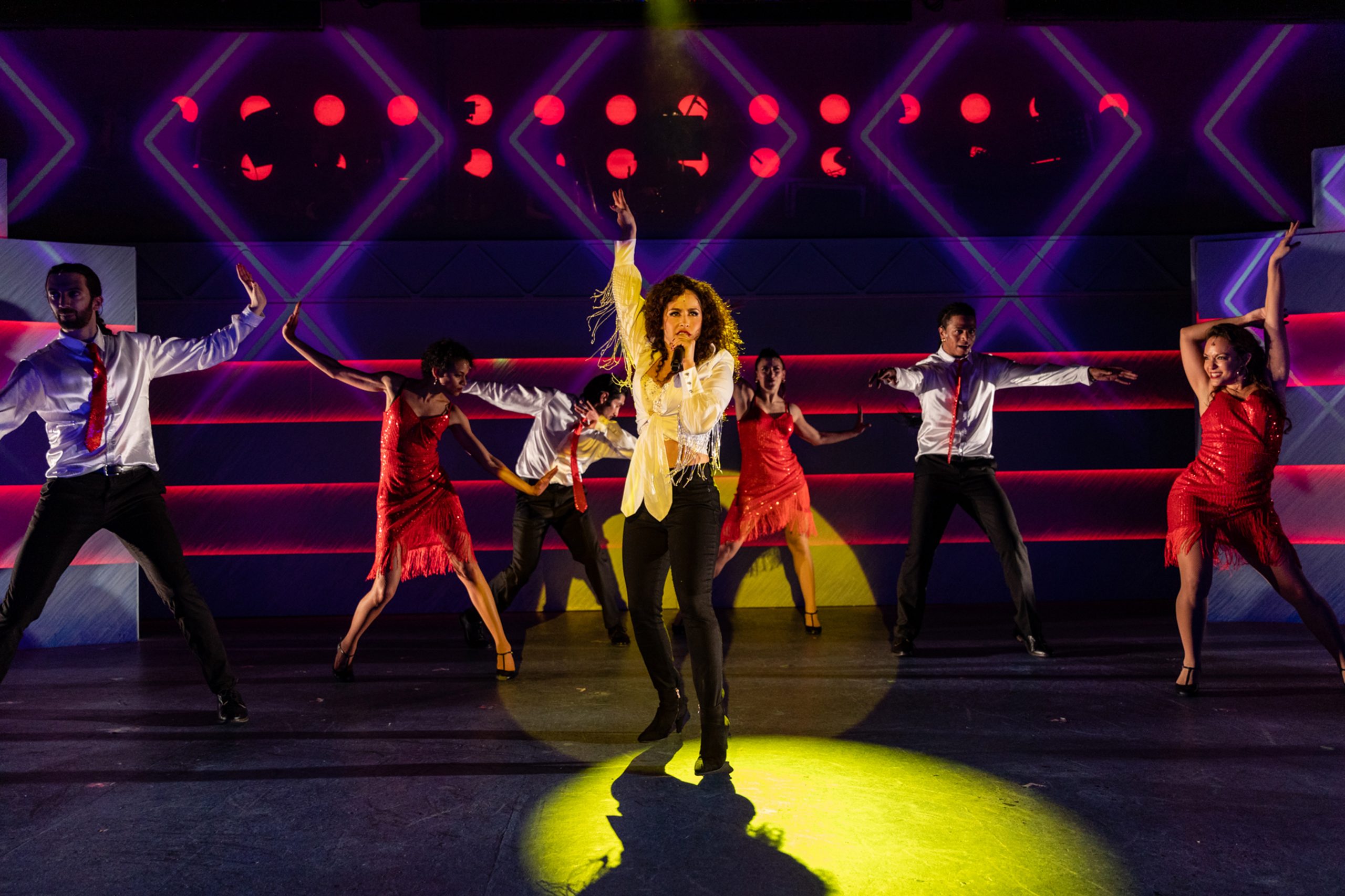 Reviews about Luis Salgado’s ON YOUR FEET Spanish World Premier

“Choreography by Mr. Salgado is sizzling, stylized and technically proficient throughout the production. A huge ensemble of terrific dancers exploded on the stage space and these dancers danced up a storm with verve and electric energy.”

“Direction and choreography by Luis Salgado and (associate director) Valeria Cossu have enhanced the fascinating source material of the Estefan and Fajardo family by giving the more intimate scenes as much heft as the dance numbers. A gentle and kind spirit hovers over this entire enterprise, even in the most emotional and intense scenes, and it is refreshing to see this quality in a musical.”

“This fascinating real-life story of Gloria Estefan and Emilio Estefan is full of bite, vigor, and vibrating energy to touch the soul and the heart “.

“GALA Hispanic Theatre’s completely Spanish rendition of the 2018 Broadway musical, directed and choreographed by Luis Salgado, managed to perfectly recount the couple’s hard-fought rise to fame as their band, the Miami Sound Machine, became the first Latin-inspired band to cross over to mainstream pop success in the United States.”